A few years ago, I bought a copy of The Woman Who Changed Her Brain by Barbara Arrowsmith-Young.  I have held onto it since then, moving it from to-do pile to to-do pile as each summer merged into Christmas vacation became February break, until I finally cracked it open for some inspiration in August 2020.

Reading the author’s stories, both within her own brain and as a specialist in the field, has gotten me thinking about the ways in which I have experienced the plasticity of my own brain.  Sometimes it has been a negative experience, like how my brain literally feels bruised for about 48 hours after a migraine.  Sometimes, like in these days of COVID, with my time spent at home where I control light, sound, and smell, I have had no major migraine activity for over four months, which has never happened since I first started having migraines in my late 20’s.

In reflecting on neuroplasticity, I remember a time in my undergraduate experience when I was taking a Spanish literature course, immediately followed by a Freud course taught by Dr. Price, arguably one of the most challenging professors in the department.  But I had that Spanish literature class, taught entirely in Spanish, just before my course with Dr. Price and that Spanish class just HURT.  Arrowsmith-Young quotes a student in her program who says that “My brain would be tired…wiped” (pg. 54); that’s what my brain felt like after trying to make any sense of fiction by Jorge Luis Borges where a guy on a motorcycle in an accident was actually a sacrificial victim of the Aztecs.  Or maybe not.  I was never quite sure I had read anything accurately in that course.

Compared to Aztec victims on motorcycles, reading Freud was cake!  I literally felt my brain relax–it may have been Freud and it may have been Dr. Price, but it was all in English!  I don’t remember ever having been so aware of my brain functioning, or its neuroplasticity, until that time.  Other experiences in my undergraduate years expanded my brain as well.  There was the day I almost drove off the road singing along to Spanish pop because the “rr” came out correctly.  And I was in the group study room in the Math building the day when I finally made the connection between the unit circle and the sine and cosine graphs–it turns out the unit circle, which I had painstakingly memorized, value by value, is just the sine and cosine graphs unwrapped from their familiar waves and reformatted into a single circle.  I swear I could actually feel the neurons and dendrites connect that day!

Sometimes, the experiences have not been as pleasant as the growth I in undergrad.  Last summer, I spent about a month trying to get a migraine flare under control.  What began as five migraines in three days turned into a trip to the ER, staying out of a car daily until mid-afternoon when I was safe to drive, and learning to only sit in chairs with arms so I wouldn’t fall out.  As my brain spun out of my control, I even experienced “semantic paraphasia” (pg. 24), literally losing my words like a stroke victim.  I felt like my neurons were firing…but firing blindly into space, not connecting, leaving me knowing I had said the wrong word out loud for what I was hearing in my head.

Arrowsmith-Young writes about studies that show that animals raised in an “enriched” environment built stronger neural connections.  This makes me wonder:  how can we provide “enriched” environments under our current circumstances?  I don’t mean in virtual education.  As teachers in any kind of school, we always work towards a goal to enrich all learning environments, to bring in choice to build engagement, to bring in choice of format while maintaining firm adherence to the standards.

My concern these days is more how we will remember to build “enriched” learning environments when we bring students physically back to school buildings, forgetting that this is not the environment they left.  Under COVID, when in buildings, students can’t turn around, sit in groups together, work on project-based work sitting physically near each other, sit near their teachers, sit on the floor, sit on cushions or yoga balls or squiggle cushions, use fidget tools, wear noise-blocking headphones from a teacher supply, or otherwise attend school in a brick-and-mortar setting that feels “enriched” in the way we learned to establish as the baseline expectation under implementation of Universal Design for Learning (UDL).  With the physical environment in brick-and-mortar so constricted, the burden will be on us as teachers more than ever to maintain our commitment to choice, engagement, and student empowerment even as choices are stripped away for safety, engagement feels meaningless, and students and adults feel powerless in the face of daily life realities.  But when we offer choice and engage students in their work, we help them grow more neural branches and connections (pg. 31).  It’s not about the content at that point–it’s about building the brain! 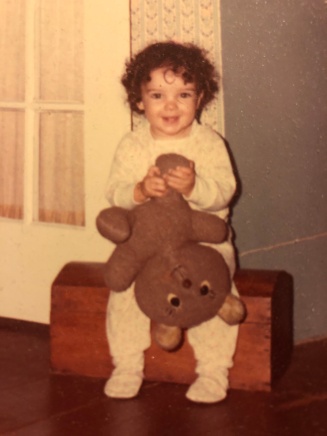 Some random thoughts that caught my attention:

“At the age of three, a toddler’s brain is roughly the same size as an adult’s but with nearly twice as many synapses.  The child develops, keeping the synapses being actually used and pruning away those not being used.  For example, an infant can discriminate speech sounds from all languages, not just those that exist in his native tongue.”  (pg. 201)

How do we build experiences for our toddlers and children that increase the chances of keeping a wider variety of synapses? 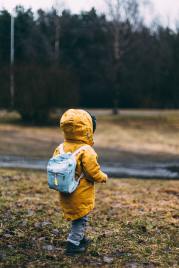 “Cultural inventions such as writing, reading, and numerical representation are human-made system introduced into the world that required the brain to adapt.”  (pg. 135)

I have often thought about how we have lost our sense that these are human creations, especially if we are good at school.  When we are good at school, then “writing, reading, and numerical representations” feel natural to us, making it difficult for us to understand how they can be hard for others.  My first college degree is in English, but I remember realizing that I really shouldn’t pursue teaching English because reading is like breathing for me.  I read any text that comes into view, even when it’s something I don’t need to read or have read over and over.  If I can’t stop myself from reading, any more than we can stop ourselves from breathing, how can I understand if someone experiences reading as difficult?  How can I teach when I have not experienced this for myself?  I always said I would never be a math teacher because math was hard for me.  In retrospect, I suspect the fact that math required significant input from me in order to decode its patterns and structures drives a lot of my teaching–I know, first-hand, that math is not intuitive or instinctive, so I can teach from that perspective.

Along the same lines, Arrowsmith-Young writes about Italian versus English and the impact on dyslexia:

“Italian has thirty-three letter combinations for its twenty-five phonemes.  English has 1,120 different ways of spelling its more than forty phonemes, making it one of the least phonetic written languages…Italian is a much easier language to learn to read than English; in Italy, the reported rate of dyslexia is half that of the United States.”  (pg. 118)

Again, for me, this quote reminds me that things we often think are fixed, like language or dyslexia or spelling or the relationship between letters and sounds, are relative.  I wonder if questioning some of our assumptions would lead us to identify new barriers so that we could more easily plan universally, leading us to remove and/or overcome those barriers.