As we look at the UDL Progression Rubric, we see that the responsibility for planning shifts more and more to the students as we move to the right on the rubric, towards “Progressing towards Expert Practice.”  In some recent blog posts, I have been sharing my thoughts about co-constructing aspects of my practice with my students–assessment schedules, rewriting a “By the End of” document, etc.  The shameful secret in here is that I’ve been doing all of that work only with my Extended class, not with my grade-level (Standard) students.  It’s easier to do things with Extended….they are generally more accustomed to interacting in positive ways with teachers/adults and with expressing their opinions verbally (as opposed to using their behavior and lack of engagement to get the message across).  But that’s a cop-out on my part–if a UDL practice is valid, it has to be valid for all students–so I’ve been thinking about how I can start to bring some of this best UDL practice to my Standard classes.

With a bit of trial-and-error this year, I have learned that one way to have my Extended students give me feedback into curriculum decisions is through an open-ended question on the board, no names given, like this: 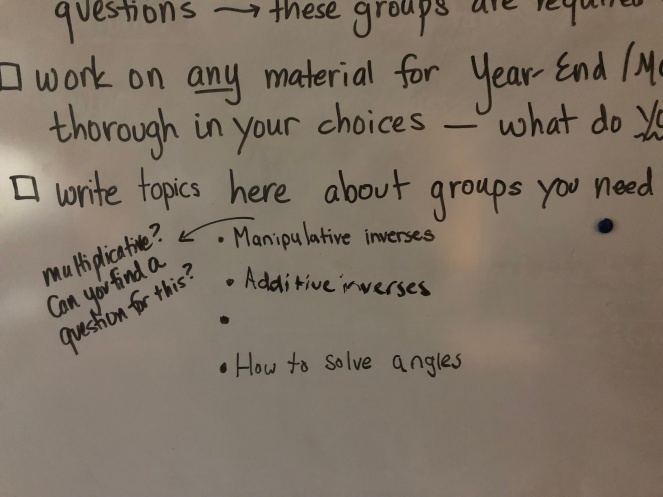 So, for my first attempt with Standard, I tried something similar: 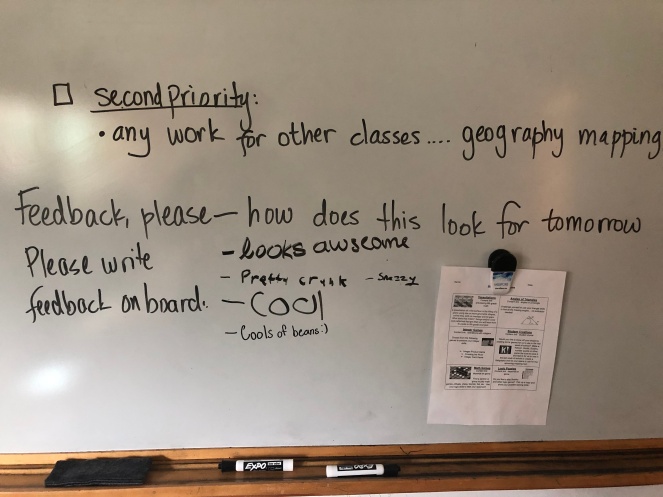 Well, that feedback wasn’t quite what I had in mind!  I had started the work for this document, a “cover sheet” of sorts for a day when students would have a relaxing day, a “Brain Break” day in between two days of (teacher-created) testing…and two more days of (standardized) testing, by polling the students about what they wanted and thought would work best.  While most of the results were as expected, I did find it interesting that some students where able to be realistic and honest about how I could best support them:

I used the students’ input to build the document below, which is what they were then responding to in their comments. 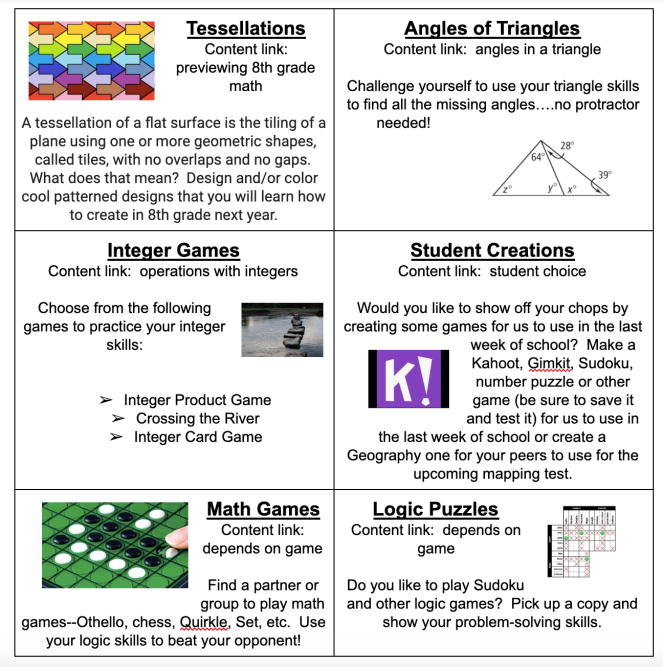 For the most part, the day itself went well, but the feedback was definitely an eye-opener for me.  The “cool” and “pretty crunk” responses were a total contrast to the experiences I had had with my Extended class, where we literally completely ripped apart and rewrote a massive amount of curriculum organization.  Of course, I realized that, as always, the fault was mine alone–I had never given my Standard students a chance to learn how to and/or a chance to practice giving meaningful feedback.  Without those opportunities, they responded like most 12-year-olds do:  inappropriately, giving useless responses.

What’s my take-away?  I need to commit to holding all of my students to the expectation that they CAN give meaningful feedback and I need to be just as willing to bring them on-board with the process in Standard as I am in Extended.